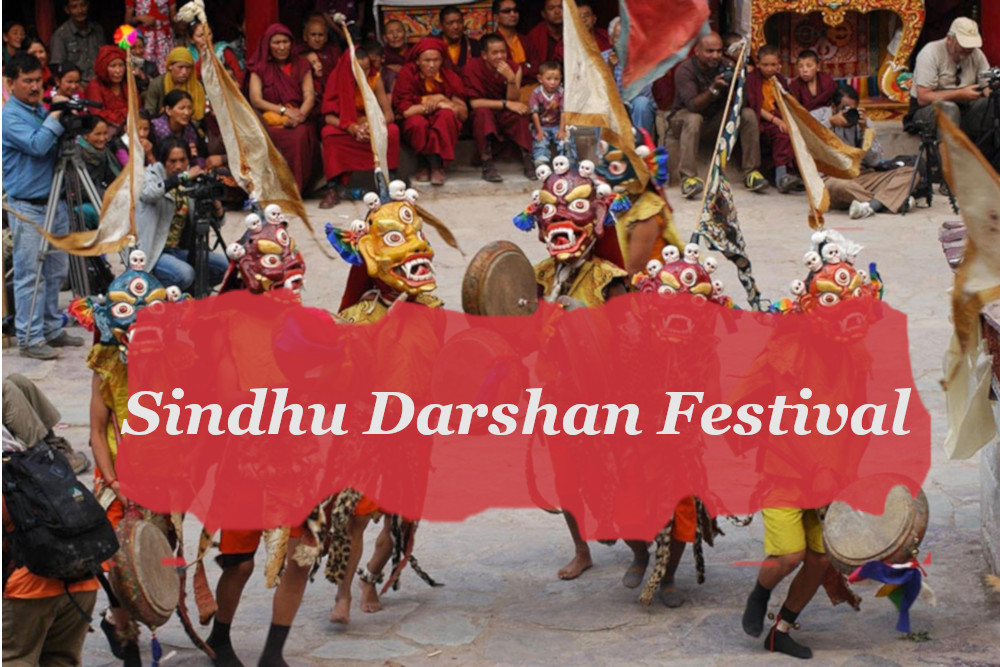 Sindhu Darshan Festival is a vibrant Indian festival which is held every year on Full moon day in June. It is usually celebrated in parts of Leh, Ladakh, and other parts Jammu & Kashmir. Sindhu Darshan festival lasts for 3 days. This festival attracts a large number of foreign and domestic tourists.

As the name suggests, Sindhu Darshan Festival is observed for the Sindhu River, which is famously known as Indus River. The celebration of this festival is a way to respect river Sindhu as a symbol for India’s solidarity and mutual congruity. Also, tribute and respects are offered to the bold and courageous officers and soldiers of our country, who lost their lives while fighting for their nation.

River Sindhu flows through Ladakh, which was re-found by Lal Krishna Advani in 1955 amid his visit to Leh. Given this significance of this river in Indian history, it was decided to celebrate a festival in its reverence. From that point forward, people irrespective of their caste and creed come here to take part in the festivities. It is an important festival for Hindu Sindhis who come here to worship. Sindhi by religion, Advani began the Sindhu Darshan Abhiyan in 1996 from Choglamsar, which is hardly eight kilometers from Leh. This activity was particularly done with the goal that Indians understand the significance and value of river Sindhu. This occasion was first held in October 1997.

Each year, a large number of people come and participate from various parts of the country to take part in Sindhu Darshan Festival. The general population who take part in the celebration get earthen pots loaded with their state’s river water and submerge them in river Sindhu. This submerging symbolizes the nation’s cultural identity that is multi-dimensional but united, at the same time.

The artists, from different parts of the country, also organize a series of social programs.  A tour is organized for the people visiting where they can go for sightseeing followed by campfire or bonfire in the night. After the entire event, a Puja is organized on this auspicious Sindhu Darshan Festival.

More than a thousand travelers make it a point to visit Leh to be a part of such a colorful and amazing festival.