Mangal or Mars is an aggressive planet 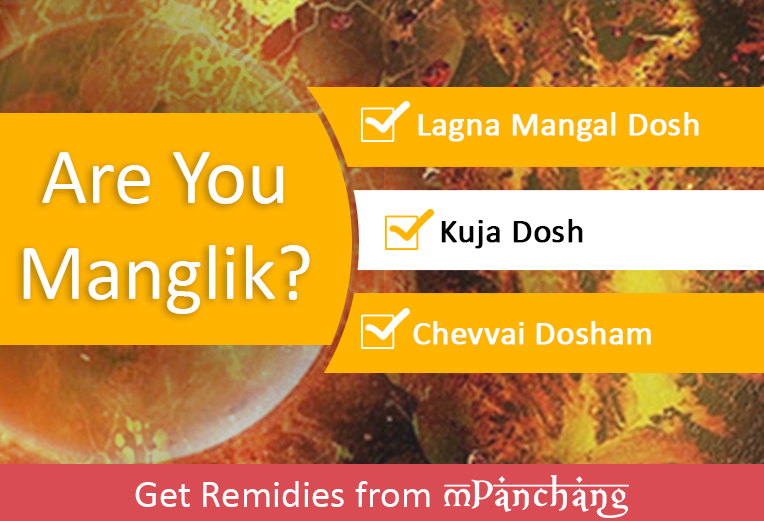 Mangal or Mars is an aggressive planet and is very much dreaded by the folks. It is a red intense planet which when placed in 1st, 2nd, 4th, 7th, 8th, and 12th house of the natal chart of the subject creates Mangal Dosha.

Since Mars is viewed as the planet of war, Mangal dosh makes exceptionally troublesome conditions for marriage. In the wedded existence of such people, strains, uneasiness, despondency and partitions are especially anticipated. A large portion of such individuals encounters disharmony in family life.

In Astrology terms, the subject with Mangal Dosha in kundli or Horoscope is known as Manglik. He or She might remain unmarried throughout the life or if married shall face turbulent situations. If the Mangal is in 2nd, 4th, 7th. 8th. and  12 houses along with other adverse planets the effects are more deadly.

If Mars is in 1st house gravelly affects the spouse. There shall be physical confrontations between them. Mars in the second house of the Horoscope affects the domestic and expert life of the subject. If placed in 4th house, Mars, here too affects the professional life and there is instability in the job. There shall be severe financial crunch too. Mars in 8th house makes a person lazy, careless and reckless who might lose the ancestral property. In the 12th house, Mars brings may enemies to the subject. The subject shall be mentally disturbed and may encounter financial damages.

See Also: WHO ARE YOU MOST COMPATIBLE WITH ACCORDING TO YOUR ZODIAC SIGN?

How to neutralize Mangal Dosha?

In Vedic astrology, there are many remedies suggested neutralizing the Mangal Dosha. The person affected with Mangal Dosha is advised to observe fast on the first Tuesday of the waxing phase of a new month. The person should consume split pigeon dal and on every Tuesday recite Mangal Mantra.

See Also: What is Horoscope or Rashifal?

Offer sweets and vermilion and light a ghee lamp at Hanuman Mandir every Tuesday. Hand out red clothes to workers with sharp ferrous objects or items. There are many other remedies suggested for removing Mangal Dosha.

See Also: ZODIACS IN ASTROLOGY AND THE CHARACTERISTICS THAT DEFINE THEM

See Also: Ephemeris – position of planets, stars and other celestial bodies in the Universe

Upon attaining a certain age the effects of Mangal Dosha eradicate. After, attaining the age of 28 years, the effect of Mangal Dosha ceases no more. Subject having Mars in the 8th house of their birth chart kundli will be emancipated from Mangal Dosha. If a Manglik marries another Manglik then the Dosha will not stay. Besides, there are different types of Pujas and gemstones prescribed to eradicate Mangal Dosha.