How to Overcome your Mangal Dosha? 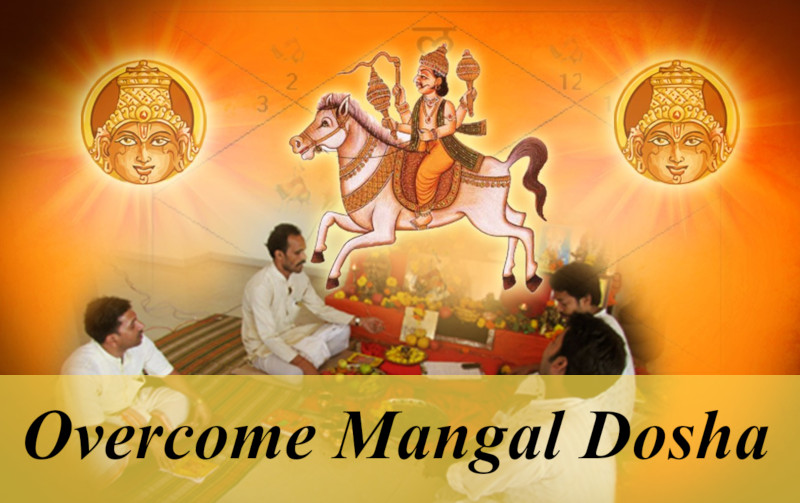 What is Mangal Dosh?

As per ancient Indian Astrology, Mangal Dosh is considered to be one of the most feared and dreaded dosh in the Kundali. The other names of this Dosha are Angaraka Dosha, Kuja or a Bhom Dosha. It is said that the person who has this dosha in the Kundali, suffers a lot through various misfortunes. The person suffering from the Mangal dosh in Kundali is called as a Manglik.

Planet Mars, i.e. Mangal, is the god of war and can have some severe effects on married life. There are frequent fights, disagreements, and disharmony in the relations if a person is Manglik. At the extreme, it may even lead to the death of the partner as well. Mangliks are believed to be very strong, disciplined & polite and considering these personality traits which are extreme; it is said that only Mangliks can adjust with a Manglik.

Both males and females can suffer from Mangal Dosh and can have a fiery temper. The other adverse effects are conflicts, disasters, intolerance, etc. Also, it is widely believed that those who mistreat their partners in past life may get Mangal Dosh in their next life.

Cause of Mangal Dosh

As per the Indian Vedic Astrology, the reason of the existence of Mangal Dosh in Kundali is because of the planetary position of Mars. If Mars is placed in 1st, 2nd, 4th, 7th, 8th and 12th house in the horoscope chart of an individual, then the native is said to have a Mangal Dosha. This dosha can cause a lot of turbulence in the married life of the affected person and considered to be inauspicious.

Remedies to reduce the bad effects of Mangal Dosha include :

Are You Manglik? Find it out by using the most accurate Mangal Dosha Calculator.