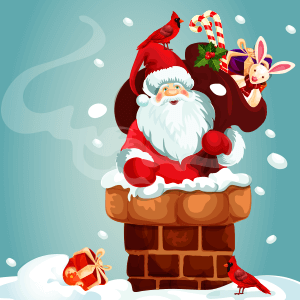 Come December, the last month of the calendar year and the days for the most awaited festival of the year, Christmas start a countdown.

The Christmas celebrations are done to commemorate the birth of Jesus Christ. Billions around the globe eagerly await 25th.

December every year for a gala Christmas celebrations. They greet each other Happy Christmas and Merry Christmas to ensure that it is Christmas Time for all.

People exchange Christmas gifts and enjoy Christmas Party to show their happiness on the day of Christ’s arrival to the world. Celebrating Christmas is not limited to Christians alone but it has become multi-ethnic celebrations.

Christmas got off to a slow start on the world stage. It wasn’t until AD 336 that Roman bishops first recorded December 25 as Christ’s birth.

Some may have hoped that it would take the place of myriad ancient pagan winter solstice celebrations, but people simply added religious significance to their festive symbols and continued the merriment under the name Christmas.

Today, more than 2 billion people in more than 160 countries consider Christmas to be the most important holiday of the year. In the United States, 9 in 10 people celebrate the holiday—even if they are not Christian. About a third of people in the USA view it as a cultural holiday rather than a religious one.

In a non-Christian culture such as in Thailand—where more than 90 percent of the people are Buddhist—Christmas is not a national holiday, but decorations can be out by Christmas time. Santa is very popular, and people exchange gifts on December 25. As they will do on Christmas 2018.

Gathering of family and friends is central to all Christmas traditions, no matter the country. People living in any corner of the world make it a point to celebrate Christmas with friends and family.

Through the centuries, various political and religious leaders banned Christmas. In the 1600s Puritans were forbidden to celebrate.

Nonetheless, the resilient holiday has always been revived. Christmas includes many shared global traditions, including music, food, and decorations

The multicultural Christmas 2018 that shall be celebrated will be very different than what was done centuries ago.

With vast immigration between countries and improved transportation and communication since the industrial age, the holiday includes many shared global traditions, including music, food, and decorations.

In 1850, an American newspaper carried a picture of their Christmas tree and the custom spread rapidly throughout the UK and the US.

See Also: Ephemeris – position of planets, stars and other celestial bodies in the Universe

In many cultures, many separate religious ceremonies other than Mass have been adopted:

Advent signifies the coming of Christ and marks the beginning of the four-week Christmas season. Special church services are held to focus on the Nativity rather than commercial activities.

Epiphany is celebrated 12 days after Christmas on January 6 to remember the Wise Men who visited the baby Jesus. In some countries, gifts are given.

Las Posadas is primarily celebrated in Latin America although it is gaining popularity in other places.

The 400-year-old tradition consists of 9 days of candle-lit parades of families and friends depicting Joseph and Mary seeking a place in the inn.

The group travels to a different house each night singing a plea to let Mary and Joseph in. Once the couple is accepted, the group prays and shares traditional food such as tamales.

The last evening is a big party that often includes a piñata and fireworks.

Christingles has become a common children’s service during Advent.

It began in a Moravian congregation in Germany in 1747, but it is now celebrated by congregations worldwide.

Children are given a lit candle placed in the top of an orange, symbolizing the love of God and the world.

Most countries have legendary gift givers, such as Italy’s La Befana, an old woman who rides a broom to deliver gifts in shoes placed outside front doors on the eve of the Feast of Epiphany (the night of January 5). St. Nicholas delivers gifts to Western Christian on St. Nicholas Day, December 6 (and on December 5 in the Netherlands), while Santa Claus and Father Christmas are known for delivering gifts around the world on Christmas Eve (December 24).

See Also: how can we calculate rahu kaal for today, tomorrow and so on?

The pleasure of giving gifts isn’t just from the magical, legendary characters. In a 2014 Pew survey, most people in the USA said buying and receiving gifts makes them feel joyful (83 percent) and generous (78 percent).

Making, sharing, and celebrating food is part of most Christmas get-togethers

Many people also associate specific foods and taste with Christmas.

Some of these delicious desserts and meals become traditions to top off the holidays. In Germany, for example, lebkuchen and Linzer cookies are absolute staples during the holiday season.

Lebkuchen is a gingerbread cookie that perfectly pairs with the delightful Christmas spirit. Many recipes have traveled across continents to infuse the heritage of the origin into the family celebrations.

Making, sharing, and celebrating food is part of most Christmas get-togethers, though the dishes vary not only from country to country but from chef to chef.

Crèches, or Nativity scenes, are found in every culture, from rough wooden images to elaborate porcelain figurines or detailed scenes delicately carved out of gourds. St. Francis of Assisi is attributed to creating the first nativity display to remind those around him of the reason for the season.

Nativity scenes are still prevalent today. A favorite practice is to remove the baby Jesus from the manger until Christmas morning to signify his birth.

8 Things You Didn’t Know About The Festival Of Dussehra